The Return of the Classes

So here's the deal: I've been out of commission (er, school) for a long time. And now I'm back!

In case you've been living under a rock: it snowed in Baltimore. The storm started Friday afternoon (about an hour or two after my mom and the Red Pearl dropped me off), and then it kept going and going until it finally stopped Saturday night, leaving the entire city to panic all of Sunday and Monday and Tuesday (translation: we got snow days), which means that my first day of second semester is two days late.

But before I talk about school, let's talk briefly about no school.

Firstly, the snowflakes looked absolutely gorgeous Friday evening, especially because the Christmas lights were still up on campus. I'd draw a picture but I'd ruin the effect.

Secondly, because I am sometimes a hermit, I actually did not set foot outside at all on Saturday. (Don't worry, I ate food. I brought back a lifetime supply (including real food, not just Bertie Botts Every Flavour Beans) from home.) Some of my friends trudged to the dining hall for meals, but let's be real: It was snowing. 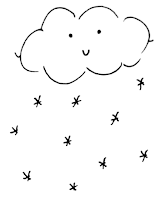 Okay, yes, I know, snow is awesome. I love snow. But it was also cold and windy. 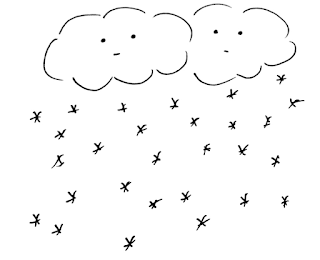 And the snow kept stopping the door to the dorms from shutting all the way, so this intruder-alert alarm (which happens when the door is not shut) kept going off. Even in the middle of the night. 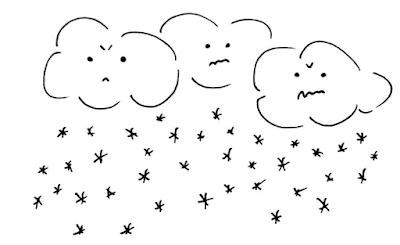 At any rate, my friends did manage to coax me outside on Sunday! We went sledding (I fell) and had a snowball fight (I fell some more). It was pretty fun.

Thirdly, my vacation (yes, I counted) was supposed to be a total of forty days... until this snowstorm kind of swept through, bumping my winter break to forty-two days!

(In case you don't get it, the number 42 is particularly exciting to me because it is the answer to Life, the Universe, and Everything. My high school class was the 42nd graduating class. It's a sign.)

Fourth-ly (is that a word?), call me crazy, but by Sunday afternoon I was actually (by actually I mean almost literally) itching to start learning again. So it was very exciting when today rolled around, especially since those snow days dragged on forever.

The first day (that is, the second first day) of school went well. I didn't get lost (a perk of second semester) and, unlike yesterday and the day before, I did not have to trudge through mountains of snow (props to the people who shoveled).

And I suppose that's all for this (kind of boring, sorry) update. Just thought I should say something before my (second) first day is officially over. The end?
Posted by Viv at 11:55 PM