Back to Shoes, Staircases, & Speed-Walking

I decided to start a blog because I like to talk about myself, but already this has proved much more difficult than I expected. Earlier today I was happily typing away about my terribly unoriginal life (on my phone, of course, because technology) when I decided to turn my phone to sleep mode and promptly lost everything I'd been writing. 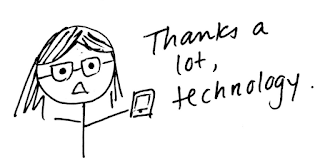 Fortunately for all you bored Internet folk, I have decided to try again. Here we go. Take two.

So today was the first day of school, which made for a handful of small happenings:

I started off the morning by waking up early, because everyone knows that late to bed, early to rise makes a man... sleep deprived? But for real, I just happened to wake up early. By myself. Without an alarm clock. Ten points for Ravenclaw.


Because I play the piano and am occasionally not horrendous at it, I decided I would go to the music center and piano a little (piano is a verb, okay?) before breakfast and class.

Now, let me tell you something. For the past week the music center has been promptly opening at 8:30am every morning, and so one would logically expect that said music center would continue to do so. Well, not quite. Today I went in and was greeted by a) an empty lounge-slash-waiting-room area, b) the absence of the dinky little box of keys (to the practice rooms) that aspiring musicians can sign out, and c) a flimsy piece of paper (actually, it might have been laminated. But it was a flimsy lamination) that said something along the lines of,

Academic hours from Monday-Friday are 9:00am-midnight.

Thanks, music center. Thanks a lot.

Since nine o' clock didn't leave me with enough time to piano, I did the next best thing: listening to music and chatting via technology with my also musically inclined friend, Wa Wa. I also did this in the cafe area outside the library area instead of among my best friends the library shelves. Why? Because on my way in, I noticed this sign: 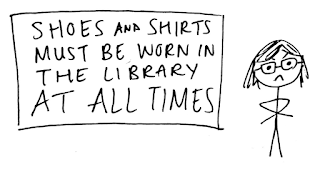 That's right. Shoes and shirts must be worn in the library at all times.

Okay, shirts? Not a problem. Wearing a shirt is probably a good idea. But under certain circumstances I am an advocate of foot freedom. I mean, who doesn't like wearing socks in the library? You can sock-slide on your way to the shelves! (Okay, the library is carpeted, but still.)

At any rate, the music and friendship part was fun, and pretty soon it was time to eat breakfast, and pretty soon after that it was time for actual school. So I walked to my very first class- except no, I actually speed-walked, because the building of said class turned out to be in the middle of nowhere and I somehow took the most convoluted route ever to get there. Let me tell you something: it turns out you don't have to go to the rec center to get exercise; you just have to pass it four times under a ten-minute time constraint.

I know, I know, this entire narration is a string of complaints. Fortunately for your sanity (and my sake), the rest of my day went pretty smoothly.

My last class (which was also my third class - yay college), it turns out, was located in the 300s of a building. Now, you can never be sure with the buildings around here - one of them has the first floor marked as the 200s - so as I approached the correct building, I was praying desperately for zero flights of stairs.

Now, I know what you're thinking. Two flights isn't a big deal! But no, 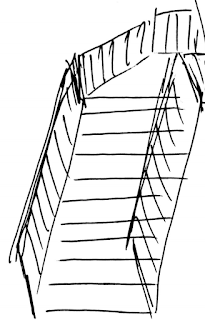 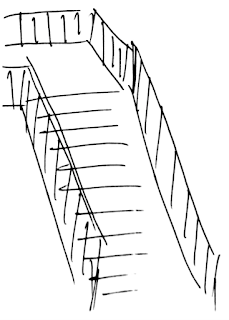 were the steepest two flights

in a long, long time.

I don't think I got this much exercise since the time my mom signed me up for swim team like five years ago, and even then I just kind of sank in the water after Lap One. 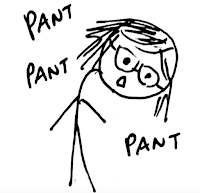 Fortunately, everything after that actually went smoothly. And that pretty much sums up the happenings.

All in all, it made for a rather good (or interesting, at any rate) first day. And first blog post.