Sometimes I wonder if the conversations I have with people are considered normal. 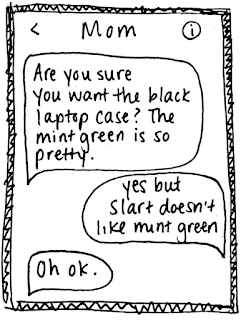 In case you're confused, Slart is my laptop. He is the first laptop I've ever owned, and he is a brand-new, highly intelligent laptop that can turn on/off in under 20 seconds (our farting dinosaur family laptop takes approximately 20 minutes).

In case you're wondering, there's also Winston the Printer. And my backpack, who's named Samwise because he's trusty and loyal and doesn't mind hiking around with me even when I'm grumpy. And- well, let's just say I have a lot of inanimate friends. But hey, you have to have fun sometimes. Otherwise things (in this case, my dorm room) would be really boring.

Take today's physics lecture, for example. My professor was talking about vectors with hats...

But no, there's more.

Because the next problem he gave us went something along the lines of, If a monkey is hanging on the branch of a tree and you want to shoot the monkey, but you know he's going to let go of the branch as soon as you fire, where should you aim (above the monkey, at the monkey, or below the monkey)?*

So we all started thinking about this.

And then we noticed that our professor had quit his lecture stance and was bent over the table he'd been standing in front of. 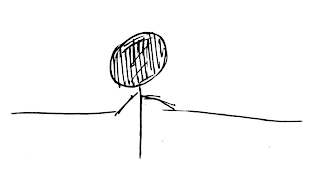 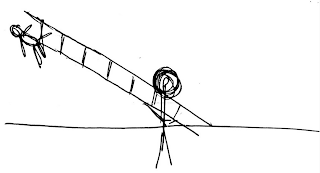 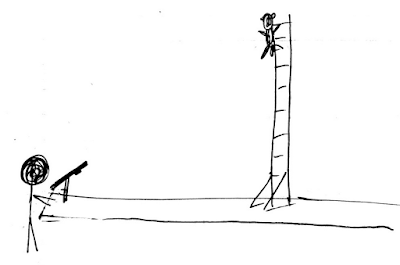 So needless to say, physics was pretty interesting even without Slart and Samwise and my vector hats. But still, it's always good to make some inanimate friends and have some fun. Just in case.


*Let it be known that I have nothing against monkeys. Curious George is a monkey! Perhaps the gun was a water gun and the man in the yellow hat's trying to prank George.
Posted by Viv at 2:00 PM