The summer I graduated from high school, my family went on a Yellowstone road trip with our (dear and wonderful) longtime family friends.

More precisely, the eight of us flew to Colorado, piled in a massive, clunky white van dubbed the Cinderblock, and drove around in the wilderness for about a week.

It was a fantastic vacation--the kind where you permanently switch your phone to Airplane Mode and forget, minus the Cinderblock sing-along song references, that civilization exists. In the cool, early mornings, we bundled up and hiked mountains or drove through valleys until we found wildlife; we exhaled at giant dandelions and inhaled the smell of hot springs (or at least I did, because I'm weird and like sulfur). ((We also almost ran directly into the path of a bison, but that's a story for another time.))

Anyway, after a couple of days of seeing bears and moose and boatloads of bison, we realized we were seeing something else.

Apparently, people visit Yellowstone from everywhere. They drive from New Jersey and Georgia and Maine and Washington (both D.C. and the state) and even Hawaii, because we did in fact see a Hawaii license plate. (Also Alaska, and Ontario, and Manitoba and British Columbia and, well, you get the point--the list goes on and on.)

Some of the sightings were just glimpses--people from South Dakota pulling out of a parking lot just as we were coming in--so we didn't take pictures or anything (also because photographing people's license plates feels like a violation of privacy?). But we did have a list* and I know for a fact that we checked off state by state until there were no states left.

Try as we did, we were unable to spot a West Virginian license plate. And we tried. We kids scoured parking lots and scouted roads like detectives; I'm surprised we didn't turn into giraffes (or cranes?) from all the neck-craning. But alas, no West Virginia to be found.

Eventually we accepted the fact that people from West Virginia don't bring their cars to national parks and resolved to complete our checklist back home. Only it's been almost exactly two years since that Yellowstone trip, and even though I've kept a sharp lookout, and the Mid-Atlantic is way closer to West Virginia (slash Wikipedia tells me West Virginia is a Mid-Atlantic state!) than Wyoming is, I've still had zero luck.

That is, up until now.

So I'm spending the summer in Pittsburgh, and the other day, everyone from the lab I'm working in went to a baseball game. It was pretty great: a loaded-bases-home-run ending complete with fireworks, and the view was fantastic and the weather wonderful and, well, you get the point.

Anyway, after the home run and fireworks pizzazz, we started driving home over the river**, and we stopped halfway across the bridge because of traffic. At first, I wasn't paying attention to said traffic. But then, magically, I tuned in and noticed the car in front of us and screamed 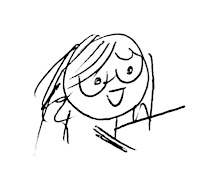 because after over seven hundred days of straining my eyes to read license plates, what did this one say? That's right. West Virginia.

To make this long story short, I have now seen all fifty-one U.S. license plates, and it's honestly the most exciting thing that's happened to me. I went home, raved about it to friends, danced around with happiness, translated part of The Aeneid, wrote some code, and generally just felt reinvigorated by life, the universe, and everything.


(Shoutout to everyone in the car with me for not having a heart attack when I freaked out and for being patient with my uncontainable exhilaration. It was a loud scream.)

* I'm terrible at geography, but I do know my states, mostly thanks to our fifth-grade music sub, who made us sing them in alphabetical order
** over the river, but not through the woods
Posted by Viv at 11:05 AM